Editor says John Edwards begged him a year ago not to report on scandal... "my sick wife Elizabeth reads your paper every morning" 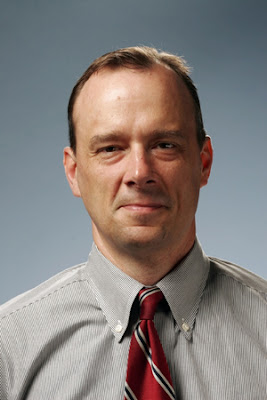 The News & Observer, the hometown newspaper of John Edwards, has come under heavy fire for tip-toeing around the Edwards/Hunter scandal for months. Now we have a possible explanation: John Drescher, executive editor of the News & Observer, says John Edwards telephoned him last October and denied the affair, then asked him not to report on it due to his wife's illness.

Here is Drescher explaining the call from John Edwards last October, just after the National Enquirer first reported Edwards was having an affair.


"By the time Edwards called, we had decided not to publish the story in the Friday paper. But Edwards didn't know that. I wanted to hear what he had to say. We still could have reversed our decision.

"Edwards told me that the allegations were not true.


"He said The N&O was the paper that arrived on his doorstep every day, the one read by friends of him and his wife, Elizabeth.


"He said he'd never called before to complain or state his case. Given Elizabeth's health -- she has cancer -- he said it was especially important to him that the story not run in The N&O."

John Edwards had the gall to ask the News & Observer not to report on the scandal out of concern for his wife's illness -- even though he is the scoundrel who cheated on his sick wife in the first place. What a low life Edwards is. But the N&O has egg on its face. Big time. Drescher lays out the investigation his paper did on the Edwards scandal despite the phone call, but the paper's investigation looks half-hearted. The News & Observer got played by the slick-talking Democrat lawyer.
on Monday, August 18, 2008

This really doesn't make any sense or logic. Why would Edwards be concerned if Elizabeth was reading a denial of a scandalous story? And what is the N&O doing killing a story that got widespread usage at the time. You think Edwards' neighbors don't shop at the supermarket where they read the tabloid headlines at the cash register, just like you and I do?

John Edwards wanted to keep the scandal in the "tabloid world" as long as possible.

He knew if the only media reporting the scandal was the National Enquirer, he could easily make the case the rumors were just "tabloid trash."

Which is what he sucessfully did up until July when the MSM picked up the story. That is when everything unraveled and he confessed.

Okay, now get jiggy with it!

John Edwards talked about Dad’s mill,
While sleeping with a chick off the pill,
He lied and fibbed to the MS press,
And, awoke early to preen and dress.

John's wife, Elizabeth, ate the lie in ‘06,
But supported John in Iowa while sick,
They stole Hillary’s honest votes daily,
And laughed on cue, and hiding Rielle.

Why did John lie like a cheatin’ rat ?
No “New Deal” for the average Democrat,
While Obama and Hillary fought on the stump,
John Edwards watched Rielle grow a bump.

John begged the papers, don't print the story,
Knowing Iowans condemn the whorey,
Come on, McClatchy, be a good sport,
And don't be tipping off the Drudge Report.


Now John’s love child is common news,
And Fred Baron has money to lose,
Rielle, now nursing, has jetted away,
Even Geraldo has joined the fray!

John’s affair has hurt his poor kids,
More than Clinton’s cigars ever did,
A sordid tale that some call a crock,
The only winner, a loser named Barack!

Like dogs in heat, Edwards did pant,
Defined forever, just like Hugh Grant,
Tabloids paid to get the sleaze,
Is it John’s baby, mister please?

Vote for John Edwards, give me chills,
Meet you for sex in Beverly Hills,
John, don’t need to prove you ain’t a gay,
Just pony up to compare your DNA.

See Barack in Hawaii like Bobby Vinton,
Unaware the DNC plans to elect a Clinton,
Edwards may face time from the tax man,
But not if a pardon is part of Obama’s plan.

While Elizabeth cried over her brood,
Baby mama with John was not a prude,
Gone the innocent days of Tom Sawyer,
John gettin’ love like a real trial lawyer.