McClatchy reporter who covers Sarah Palin: "most of us don't like her" 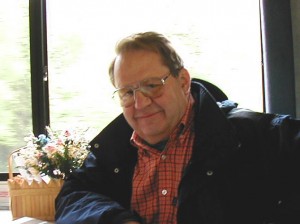 
A reporter for the Anchorage daily, Gregg Erickson, even did an online chat with the Washington Post, in which he revealed that Palin's approval rating in the state was not the much-touted 80%, but 65% and sinking -- and that among journalists who followed her it might be in the "teens."

Erickson confesses 65% of Alaskan voters approve of Palin but less than 20% of journalists do.  This is no surprise -  studies show journalists are out of step with most Americans. I've blogged about this problem before.
.
on Monday, September 01, 2008