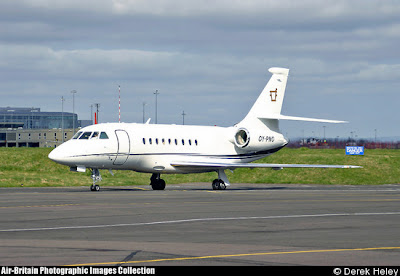 As workers were asked to do more with less, McClatchy executives enjoyed a plane that features two large flat-panel TVs, with 10 leather passenger seats and a wet bar with quarter fig mahogany cabinetry. A basic Falcon 2000ES cost $23.5 million in 2003. To put that in perspective, $23.5 million is more than the annual profits of many small- to medium-sized newspapers. The Guild applauds the company for selling this extravagant luxury(http://www.avprojets.com/detail.php?planeID=196), but we ask how many jobs could have been saved had McClatchy sold this jet a year ago?

Folks, in 2003 Gary Pruitt had a Hawker jet, according to this account. Since then, Pruitt upgraded his ride to a more luxurious jet while he was running the company into the ground. I can't believe he only sold it last month. Where was the board?