Coming soon to a newspaper near you -- pledge drive! 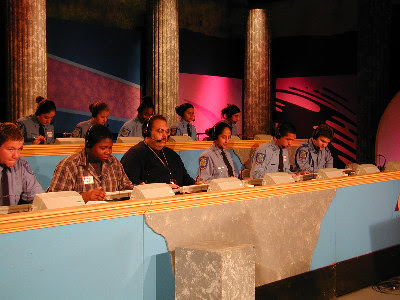 While converting to a not-for-profit won't improve the financials, it would allow the paper to ask for philanthropic support, not unlike public radio or television stations. This isn't meant to be a solution to the industry woes but instead a thought that came about after reading that McClatchy (NYSE: MNI - News) was collaborating with the Christian Science Monitor, a not-for-profit, in some of their overseas news bureaus. I hadn't realized there were any not-for-profit papers. I'm also encouraged by the establishment of ProPublica, a not-for-profit investigative-journalism organization led by former Wall Street Journal managing editor Paul Steiger.

Recently, I had an on-air personality from one of the local PBS radio stations present to my media-management class at Kent State University. Listening to him discuss the support for the station and the support for National Public Radio, I have to believe there's enough support out there for a newspaper. If the goal is to save some of these daily newspapers, perhaps this idea could save a few.

Just what you wanted, more pledge weeks.
.
UPDATE: From comments, an obvious point I missed:

They already are non-profit. Maybe not by choice, but that certainly is the result.

They already are non-profit. Maybe not by choice, but that certainly is the result.

The Democrat Party isn't going to be happy that they may have to financially support what they used to get for free...

Maybe we can donate a half price subscription gift card to the McClatchy paper of their choice.