John Landsberg has a great post today on a manufactured controversy at the KC Star.

The paper has instituted an online poll for readers to vote on which comics should stay and which ones should be dropped. But the structure of the poll shows the real intent -- the Star is reaching out to younger, female readers, but wants to look like it is following a democratic process.

Of all the issues impacting the newspaper---including whether it will even survive---an argument over which comic strips will be kept and which ones might be dumped seems a bit silly.

Star Readers' Rep Derek Donovan felt it necessary to write one of his longest treatises ever on the comic strip issue (LINK).

The Star ostensibly is showing its fairness by asking readers to vote on which comics should stay and which ones should go. In that way the paper can say it simply followed the democratic process (and collects email addresses in the process).

However, it is interesting to see how the Star explains how it selected which comics to possibly kill:

"Below is a list of 10 comics that are no longer authored by their creators or are revisiting old story lines, are similar to others on The Star’s comic pages, or that we think are tired. Which ones could you live without?"

Unfortunately for its older, loyal readers, as part of the survey, the newspaper wants voters to provide their gender and age range.

That is code for "We want comics that appeal only to younger readers (and mostly female)." 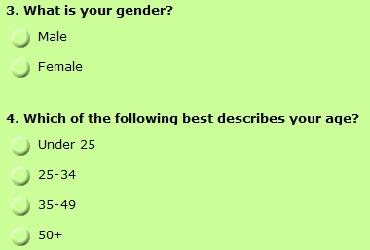 What appears to be manufactured is the alleged horde of folks Derek claims are communicating with him. Under his blog entry there are 3 entries, 2 from readers and Derek's response to the first one who referred to his rag's descent into failure.

It's worth the price of admission to take the time to read his response not only so that you too will understand why The Star is really thriving, but to also get a grasp of why I think the horde of reader allegedly communicating with Derek consists mostly of the voices inside of his own head.

The one phrase that keeps going through my head after reading it is "going postal". And of course I wouldn't be myself without posting my voicemail from old cutie pants.

Which comics should stay?

Well now that you ask, the entire management and board of failed comics should all be fired.

Oh that’s not what they meant? You jest. I thought they for once they wanted honest discourse?

I probably voted 100 times...just did not allow survey monkey to set a cookie on my computer, and I did not enter my gender/age. Vote once, hit backspace, hit enter, repeat.

As you can tell I am younger (since I know that cookies are not to be eaten).

It will be interesting to see what the results are.

Only two options for gender? What kind of right wing reactionary insensitive paper is this anyway?

Anon 2:13 Very, very funny. That would mean they didn't supply a category for our resident troll

////The one phrase that keeps going through my head after reading it is "going postal". And of course I wouldn't be myself without posting my voicemail from old cutie pants.///


You have a strange idea of what constitutes "going postal." What's wrong with the voicemail he left you, other than the fact that he outlined why he didn't want to communicate with you anymore? Sounded perfectly reasonable to me, especially after following your type of discourse here over the past few months and your political activities for the last decade.

What follows is Derek's response to the reader "Thoughtful". Are you telling me that this is the person you want handling consumer complaints at your business?
------------------------
Submitted by derekdonovan on June 23, 2009 - 3:25pm.
Thoughtful, read what I wrote. Your opinions about "what the customer wants" are different from others' opinions. I don't know how much more clearly I can state it -- not to mention that newspapers aren't in the business of trying to create a product with the widest popular appeal. They try to create the best product they can. The two are very different.

If you think most people would be happy with a comics pages made up of the highest vote-getters in a sure-to-be-cheated-on balloting process, I believe you are incredibly badly mistaken. Sure, if The Star ran nothing but "Peanuts" re-runs, I'm sure a lot of people would be delighted. But I'm sure that would also reinforce many others' opinions that newspaper comics are dinosaurs, reliving the supposed "glory days" of the '50s and '60s.

"Popular" doesn't equal "best," especially in matters of art and entertainment, unless you're arguing that the massive worldwide success of "singers" like Madonna or Britney Spears means they're the best in the world. Or Dane Cook is the best standup comedian. Wendy's and Taco Bell are the best restaurants. Nora Roberts is the best novelist. You get the drill.

And furthermore, can we please quit with this "this is why you're failing" stuff? The entire media landscape is undergoing the biggest transition ever in its history, with a double-whammy of increasing adoption of digital media delivery coupled with the biggest worldwide recession in generations, centered on the real estate and automotive industries -- two of newspapers' biggest traditional advertisers. Newspapers don't point this out often, but radio and TV are having ad revenue problems even worse than print's.

This entire blog is devoted to good, specific criticisms of The Star, and I don't find blanket statements very useful or constructive. More people than ever before read The Star and KansasCity.com, and that is true of many other newspapers and their Web sites. How the advertising model will support journalism in the future is the real question the industry is grappling with, as anyone who follows the issue with even the slightest attention knows. For those discussions, I suggest you read Editor & Publisher and the other trade publications. That's not what we talk about here, because I'm not a media-industry reporter, and it's not my purview.

Oh and since you like Derek's approach so well, up yours. See, we're learning how to be just like journalists.

Would this be an example of "going postal"?

Poster ////, I guess meaning slanted poster?
Didn’t Derek even admit he was less than professional in his response to John? He just had a hissyfit kind of day, and that made it okay to react like a schmuck. His lame excuse for an amateurish rant was very telling as to his unstable personality, it seemed to me.

‘Going postal’ - Urban Dictionary: Edited for brevity
“Going postal means someone is about to go nuts or off the deep end, the reason for going postal is usually trivial.”
Sounds like Derek to me.

I asked my young neighbor if he would like the comics from my free newspaper, and he looked at me as if I was comical. He seemingly had no interest what-so-ever.

"Only two options for gender?"

5:58 No, that's an example of me applying to be the Reader's Rep of McClatchy Watch. How'd I do? If you get it down good enough (and you're a minority) The Star will even give you the editorial page to play around with and advance you over people who are vastly superior to you.

None of our trolls has answered the question. After reading Derek's blog entry, is that the kind of person you want running the consumer complaint department of your business.

C'mon, be honest for a change. It doesn't hurt. It's part of transitioning to the new media.