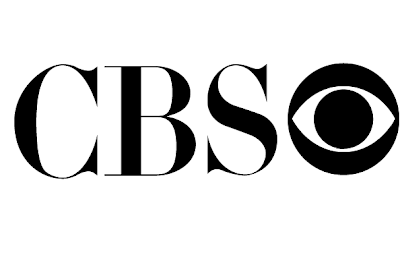 I guess we're not supposed to blame Katie or David Letterman for this development:

"As we anticipated, early signs of a recovery took hold in the second quarter," with results better than the first quarter, said Chief Executive Les Moonves.

He added CBS expects the second half of the year to be "considerably stronger" than the first. Mr. Moonves noted CBS was the only network to add viewers this summer and that "we also have a strong slate of syndication titles in the pipeline for release between now and year-end."

CBS has suffered from a steep downturn in ad revenue and is losing viewers to the Internet. The company slashed its dividend, and Standard & Poor's Ratings Services in June lowered its debt rating to one notch above junk, even after the company bought back debt with near- term maturities and issued longer-dated bonds.

Good... they are going to need all those profits to pay Dan Rather when he sues them for not letting him lie in the air.

What!? They did let him lie. They encouraged it....then they took it back and threw him to the wolves when it looked like the real big wigs were going down. Enter, phony internal investigation before the US Attorney got a hold of them.

Thanks Katie, we couldn't have done it with out you!

So how is Letterman doing, Les?

Maybe they should trot out Dan Rather with some forged financial statements showing a profit?

MAYBE THIS IS PARTLY WHY NO ONE WATCHES, TRUSTS THEM OR ADVERTISES WITH THEM?

Washington, DC (LifeNews.com) -- CBS News has become the latest mainstream media outlet to come under criticism from pro-life advocates for covering up the abortion funding tucked away in the government-run health care plan.

The Associated Press had covered up the abortion funding but recently flip-flopped and admitted it exists.

Hey Les, maybe you should concentrate on landing just a few big sponsors, such as the Bucket Manufacturer's Association, for all CBS's water carrying for Obama?, the company that makes K-Y too ease your pain, and an entity involved in typeface technology, for old Danny boy?

I wonder if (CBS) Constant Barack Swill is fact checking the claims of the Democrats about their deathcare bill? Oh of course not.

That would mean they’re a network not controlled by rank partisans.

O'Reilly and Katie are neck and neck in numbers of viewers each night and he's on cable!

Where? Page and lines, please.

CBS can disappear any day, and I will not even know it. I have not watched them in years. I have to laugh at the phony awards the networks pass around to each other. Katie won an award for something lame, and she is the pits, as the CBS news ratings steadily drop will bear out. The feminists will hate to see her fail, but she stinks, and nothing can change that. Letterman lost a lot of sponsors as did CBS over his attack on Gov. Palin’s daughters. Sponsors want a lot more information about programs before they place their money and good name on the line. I would say
it is about time.

Letterman and Bill From Mars (HBO) are pathetic losers who are now in viewership decline. Thank you general public!

Most companies revenues are down much greater than 11% this year.