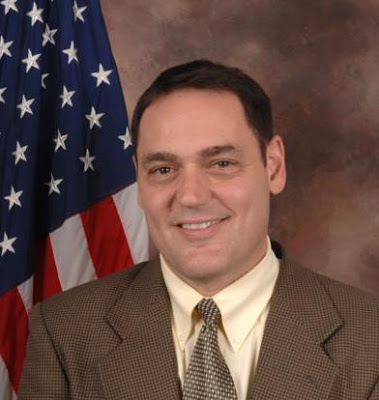 I can't remember a time when the elite ruling class has shown such open disdain for average Americans.

The latest example comes from Ohio, where Dem congressman Zack Space used a vulgar sexual term when referring to several constituents in his district. Space used the term "teabagger" to demean football coach Dave Daubenmire from Lancaster, Ohio, a constituent who has dogged Space for several weeks, demanding a public town hall meeting. Check out this sneering, condescending quote:


"The rain or fatigue must be getting to Mr. Daubenmire. There was a town hall meeting yesterday five blocks from where he is setting up camp featuring Secretary of Energy Tom Vilsack, Senator Brown and Congressman Space. It had been publicized for days by all offices. If it was “secretive,” then more than 300 people found out the secret, including a number of Mr. Daubenmire’s teabagger colleagues who were there and talked to the Congressman.”

"Teabagger" of course is a vulgar sexual term.

Do some research on Richard Nixon. He had disdain for all voters.

This is pretty good. As it turned out what the Congressman attempted to claim was a, "Town Hall" was not at all. It was an agriculture event that had nothing to do with the health care bill.

In short, the congressman is typical of all leftists. They lie and misrepresent absolutely everything they address.

See, that's not the point. You're so closed minded that you would have voted for Nixon based on him being a Republican. You would have never seen how much the man hated ALL the people he represented ... kinda like DICK Cheney.

See, that's not the point.


You have no point.

Go play with your Marxist buddy at PuffHo and reminisce about what a great President Carter is turning out to be.

12:06, trying to talk sensibly to the far-right ideologues who inhabit this blog is useless. They know what they know; they don't want to be confused by facts, anything that requires thinking is beyond their ability and comprehension.

12:06, trying to talk sensibly to the far-right ideologues who inhabit this blog is useless.


That would be your excuse for your inability to do so?

I recently got in touch with the senior online editor of the local McClatchy affiliate to see if I could get them to ban the use of the word "teabagger" on their online forums, given its crude original definition and the obvious fact that every time someone in the mainstream media uses it, they are implying that Tea Party attendees are gay (and almost certainly snickering while they do it). The response I got:

"I shared your concerns with colleagues at other McClatchy sites as the dictionary of banned words and phrases is a shared dictionary with 30 other web sites around the country. Despite its lewd beginnings, 'teabagger' has become a term associated with tea party protesters, especially on blogs, forums and in comments. We felt if we disallowed this term in that context, we'd justifiably hear howls of protests from users who had no intent to be lewd and may not even know it's a sexual act. With the readers help, we can weed out posts that clearly are using the term to denote a sexual act. Please send an abuse violation report when you spot a post that uses the term in a way that is obscene or profane -- and ask your fellow forum posters to so so as well."

So McClatchy is obviously OK with it. The question I have is this: If some other crude sexual term (e.g., ***********) became used to describe those who like Obama, would the paper be equally OK with publishing THAT word?

I think we all know the answer.

I have no problem remembering that Dick Nixon was no lover of voters. If I remember right his poll numbers reflect that.
What I don't get is how that modifies, explains, illumines or excuses a democrat congressman hiding from public discussion and using crude sexual references to describe taxpayers in his district.
Of Course I get that its an attempt to change the subject. Of course I get bringing up the ultimate boogeyman.
It just does not seem to have any relevance to this particular jerk coward elitist congressman.
Perhaps you would like to offer a current defense to the indefensible.

Anonymous said...
This comment has been removed by a blog administrator.
8:08 AM


You're not fooling anyone troll. Everyone knows it was Anderson Cooper that coined that name. So, F(*k you and F^&k everyone of your fudge packing friends.

Anderson Cooper who has a much more shall we say intimate familiarity with teabagging as a practice coined the term to appease his sniggering liberal friends and to attempt to ridicule taxpayers concerned about what is going on in Washington.
The fact that MNI or any other paper would include teabagger as a political term shows the isolation of their ideological bubble and the depth of their hatred toward taxpayers.

I guess what you are saying, then, is that the American patriots who went into Boston Harbor and dumped all of that tea overboard to protest onerous British taxes were ALSO "teabaggers".

Here's hoping that in the afterlife, they catch up with you and beat your ass for crapping all over their legacy.

Anonymous said...
This comment has been removed by a blog administrator.
7:55 PM