Dem politician in Florida sought $50,000 in state funding for ACORN while his wife worked as a lobbyist for ACORN 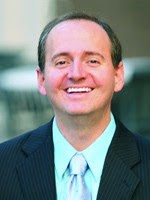 I have a feeling the ACORN scandals like this are going to snowball.

A Democratic legislator from Orlando tried to get $50,000 in state funding for the controversial group ACORN in the 2007 legislative session, the same time his wife was working as a lobbyist for the organization, records show.

His wife, Susannah Lindberg, registered as a lobbyist during the 2007 session.

Normally a failed funding request that old would disappear into the legislative ether. But the widening national controversy over ACORN has renewed criticism over the group's dealings in Florida, including bogus voter registrations forms.

According to the Washington Post, ACORN cannot be partisan and retain it's tax-exempt status. LMAO!!!

I wonder if ACORN shared offices with the GOP anywhere.... Ha!

Can't be partisan and keep tax exempt status? They must now owe millions in back taxes.