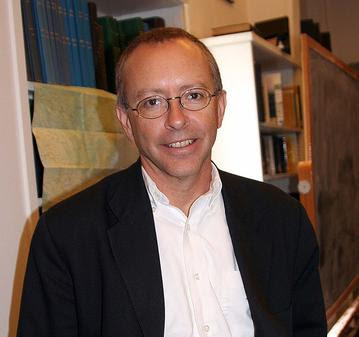 Veteran Sacramento Bee columnist Daniel Weintraub is leaving the Sacramento Bee this week, McClatchy Watch has learned.
Weintraub, public affairs columnist at the Bee for 9 years, will write a political column for the new Bay Area edition of the New York Times.

Starting today, a "Bay Area Metro Report" will be added to NYT editions in the San Francisco area. Weintraub's column will run Sundays in the Bay Area NYT edition.
.
Weintraub will also develop a health policy web site with initial funding from a non-profit foundation.

In an email, he told McClatchy Watch he also expects to regularly contribute pieces to the Bee on a freelance basis.

Weintraub's departure is a major loss for the Bee and Bee subscribers. He has a reputation as being libertarian, which gives him credibility with the Bee's center-right subscribers. Weintraub also has a grasp of the Internet, having started a blog at the Bee during the Gray Davis recall election.

..If you read both Dans, this one and Walters, you had a better grasp on what was happening than if you read every Bee ever published.

Another lib leaving for a far lib NY Times publication. No big loss for Bee readers. Maybe they'll hire somebody with a more centrist lean.

I just went to the Sac Bee web site and couldn't find this story??? Did McClatchy Watch scoop the Bee on its own story??? If so, how embarrassing for SacBee and major props to McClatchy Watch!! No wonder the Bee's sucking sound gets louder by the day.

Center-right? No way. The guy was center-left if anything. Get back on your meds.

One less position they'll have to cut in the coming weeks. Citizen journalists are the wave of the future - no pay, plenty of copy.

Sad when you can fill volumes with what McClatchy newspapers omit.

It's embarrassing to lose a high profile guy like Weintraub. Looks bad to the public, like more rats are jumping ship. Which is exactly what is happening.

I am told the Times gig is only temporary... anyone else heard that?

...Temporary, until the NYT's goes belly up. They coulda got better terms ( 14% interest from Slim ) from a mafia loan shark. Then again, Slim doesn't break legs.

we're wondering if he applied for the boss job in Opinion and got passed over by the chef they hired to run the show? can't blame him for exiting. wonder why it took so long to leave the Bee? he seems talented.

9:22 -- The Bee hired the midtown bike rider for editorial page editor -- even though Dan Weintraub has more talent and more respect in the region. My guess is that Weintraub didn't want to work for a man lacking in skills and stature.

I read somewhere that the big news boss Melanie Sill had worked at another newspaper with the new guy they hired to run the Op-Ed stuff. Hiring your loyal friends still seems to be the Bee's hiring pattern.

He was promoted to Editorial head honcho, not hired. Stuart is a high-quality person who continues to work in an increasingly unsavory and untrusted profession. I'll hold judgement on if he can turn the blatant leftwing bias into something much more palatable for the masses. His predecessors were outright whores for the far left. Someday he'll wise up and get a respectable job.

10:36 -- The odds that Stuart Leavenworth will steer the Bee's editorial board to right are about zero. If the powers-that-be wanted to move toward the center they would have hired (promoted) Weintraub.