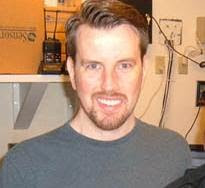 Robert Novak, of course, died in August after a year-long battle with brain cancer.

Nice to see that editor/reporter Walsh is so full of compassion.

In unrelated but comical timing: Walsh's job at the NYT was outsourced to Florida last week.

If you ask me, Walsh's animus should be disqualifying for another position in journalism. But I'm betting a majority of his colleagues around the water cooler have said the same thing; they just had the common sense to not Tweet a death wish.

I am an admitted left-leaner but view this guy as a childish fool. He should be tossed to the curb.

...I'm sure he's too young and foolish to know that his death wish will follow him all his days, as it should. He puts the " twit" in twitter.

Maybe he could get a job with the Tacoma News Tribune. They, obviously need some editorial help. Check out this story from today....


The State Patrol reported that a collision late Friday night killed a man on Highway 3 about three miles north of Poulsbo in Kitsap County.

A 25-year-old Marysville man, Diandre D. Edgecombe, was reported died at the scene.

Edgecombe, who was driving a 1994 four-door Dodge, failed to field to yield the right of way when he pulled out of the Hilltop Store onto southbound Highway 3.

His car was struck by a northbound 2002 Toyota pickup driven by 46-year-old Bainbridge Island man who was not hurt in the accident.

Five passengers Edgecombe’s car, including a one-year-old boy, were hurt.

A 29-year-old man and 23-year-old woman were transported to Harrison Medical Center in Bremerton. The woman suffered from broken ribs and pelvis.

Two women, ages 20 and 21, were airlifted to Harborview Medical Center in Seattle with serious injuries.

The young child was also airlifted to Harborview with a head injury.

All of the passengers were from Marysville.

Both cars were totaled. Drugs and alcohol are suspected in the crash according to the State Patrol.

I don't know what the big deal is. This is simply the byproduct of Socialist entitlement mentality. They believe in nothing and cannot be held responsible for anything that they do or say. I have heard far worse out of these creeps just sitting around at the bar after work where they stroke each others egos and make shit up to impress each other.

This guy is just a normal, every day newsroom hack. There is nothing unique or out of the ordinary about what he said. That is why he said it. They think it is Ok.

It might be normal in the ideological hothouse of a newsroom but its hateful and obsessive for the real world. What kind of world does this creep live in that wishing brain cancer on another person is somehow funny, clever or wise.
It's not ok. It's not "the age". It's not just the way they are. It's wrong.

This guy should be unemployable.

It might be normal in the ideological hothouse of a newsroom but its hateful and obsessive for the real world.

He is typical alright but the real deal is, he is a militant homosexual and this behavior is the norm among them. I don't know why that is but imagine having a life based entirely on one's sexual preference. That alone is going to demand a baseline set of values that is several bars lower than the average in society.

I doubt he sees anything at all wrong with what he said because he is getting encouragement and acceptance from others just like him. For folks like this, the more absurd they act, the more status they gain.

There is no more hateful group anywhere than the homosexual "community". I had a tape of Art Brisbane speaking to a gathering of radical homosexuals during which he ridiculed his heterosexual reporters and blamed policies the homosexuals didn't like at The Star on local preachers. I played it for some folks who were journalists, none of whom thought his comments were unusual.

How politically correct of you. I always love that disclaimer as if it absolves you from criticism for acknowledging where the problem stems.

Trust me, they can live with one here and there getting thrown under the bus. God forbid however that anyone point to the entire group as the primary source of hate and discord in the media. If that happened and the rubes caught on they'd be out of business and no one would listen to them.

Ignore it at your own peril, but it is real and it is systematic across the whole perverted community.

I thought I was the only one that was hoping that about Lou Dobbs. I could easily add another 1000 other right wingers to that list.

I do care. Congress just passed yet another thought crimes bill based on yet more demands by the radical homosexual community to restrict speech. While they are bar none the most hateful and authoritarian group of people you'll find. They are clearly the brownshirts of the left.

Too many liberals are mindless, hate filled ideologues just like you. All about suppressing thought and speech, all about the naked use of power to enforce your agenda...you are truly the tyrants of our culture.

The extreme language you use may actually provoke someone to action and assassination.

Most people are repulsed by your words and by the heart condition they reveal. How insecure! How full of self loathing! How angry!

This guy's blog is all about his sexuality. One dimensional and none top bright, Kenneth Walsh is a triviality...a man to be avoided. We should be careful to see where he lands.
No one who values credibility or creditability would employ him.

He's extremely unprofessional and should be shown the door. Another prime example of biased media and they're unapologetic!

he would be welcomed as a hero at the Bee


That is easy. This one bows at the Alter of Bubba's asshole.