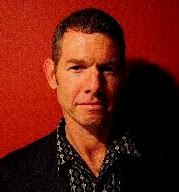 Arts and culture? That gives him credibility to run a news site. Sounds like another ultra lib Obama suckup trying to reshape America. LOL!

Sac Press is a noble idea but it attracts mostly whacko Midtowners who write their "arts," local bands and "we need more galleries" puff that nobody reads. Occasionally they have a story about local government, but the liberal whackjobs usually try to post their nonsense ad nauseum. Maybe he can retool the little pinky culture crowd and make it more readable.

Great Promotion. Keeps him from taking up a real job that real workers need.

It is a disease and there is no cure.