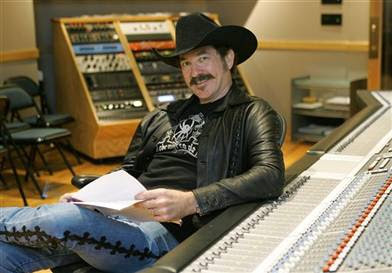 From time to time I like to bring news about entertainers who go overseas to entertain US troops. Country star Kix Brooks (half of Brooks and Dunn) announced earlier this month he will go to Iraq to entertain US troops. Brooks is pictured above. Scarlett Johansson is slated to go to the Persian Gulf as part of a USO/Army Morale Welfare Recreation entertainment tour. Matt Sanchez has an update on other stars who have gone to military installations in the Gulf region.