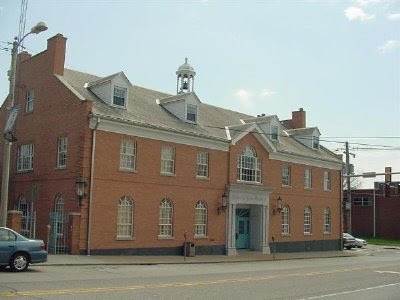 The Belleville News Group is eliminating 30 jobs and reducing salaries at the News-Democrat and its weeklies, President and Publisher Jay Tebbe announced Monday.


Tebbe cited the worsening economy and its effect on advertising revenue as the reason for the cost-cutting measures.


"While the combined reach of our print and online business continues to grow, our business is dramatically affected when other businesses are suffering,'' Tebbe said.


The cost-cutting measures are part of an overall plan by the newspaper's owner, McClatchy Co., to eliminate 1,600 jobs across the chain and save more than $110 million over the next year. McClatchy owns 30 daily newspapers, 50 non-dailies and direct marketing and direct-mail operations.


Expense reductions, including salary cuts and layoffs, are under way at all of McClatchy's properties in response to falling advertising revenue caused mostly by the weakening economy.


In Belleville, the 30 positions that will be eliminated include 12 part-time jobs and three open positions. The reduction is about 9 percent of the company's workforce. Most of the laid-off employees will work through March 27, then receive a severance package based on years of service with the company.


"These are difficult decisions, especially when it means saying goodbye to so many of our friends and colleagues,'' Tebbe stated in a letter to employees. '`But we must make these additional cuts to keep our business safe and to adjust to these new competitive and economic realities.''


Tebbe said the job reductions might have been higher if not for other cost-cutting measures, consolidating some of the company's offices to its main headquarters building in Belleville, and signing a contract to deliver the St. Louis Post-Dispatch to P-D customers in parts of Southwestern Illinois.


The salary reductions affect employees earning more than $25,000 and will vary based on compensation. Higher-paid employees will receive the largest percentage pay cuts.

Anonymous said...
This comment has been removed by a blog administrator.
10:23 PM

They're cutting 30 positions, but 3 of them are open.

I'm one of the thirty. I didn't fit with the click!!

I recently came accross your blog and have been reading along. I thought I would leave my first comment. I dont know what to say except that I have enjoyed reading. Nice blog. I will keep visiting this blog very often.