Boston newspaper publisher: "Sure, I'll compromise my integrity for a $200,000 loan" 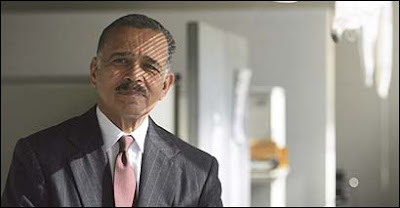 A sorry spectacle is playing out in Boston this week.

The Democratic mayor of Boston, Thomas Manino, has arranged $200,000 in taxpayer funds to "loan" the Bay State Banner, a failing Black-oriented newspaper that stopped publishing earlier this month.

Publisher Mel Miller (pictured above) says he'd be a "fool" not to take the money.

It's apparently not a scandal in Boston -- or anywhere else in the country for that matter -- for a Dem politician to funnel tax money to a Dem constituency group.

The publisher claims the money will help the paper survive until he can arrange a new business plan. Some reports claim investors are being lined up. Curiously, the investors are not named. Call me skeptical that the paper will re-pay the loan.

The news accounts all report the paper has been critical of the mayor in the past. Whoop-te-doo. (By the way, anybody know who the paper endorsed for mayor in the last election?)

And do you really think the paper will do serious investigative journalism involving the mayor who handed them $200,000? And any predictions on who the paper will endorse in the next election for mayor?

Looks to me like the taxpayers are the ones being played for fools.

Whole lot of fools in the newspaper business. They don't even mind compromising their integrity for a single ad. 200k shouldn't be any problem.

Hell, the KC Star split a 100k pot just so they could play nurse maiden and mouthpiece to our local Planned Parenthood who was butchering kids from all across the world until they got caught.

I'd say those who attribute made up quotes to people are the ones with no integrity.


Dave Gibson informs those who may have forgotten or never learned of Kennedy’s execrable behavior that night, which can be summed up in this sentence from the column:

“It was obvious to most people that Kennedy had allowed a young girl to drown, in a desperate and self-serving attempt to protect his political career.”

Forty years have not erased the shame, except in Boston.

Is "journalistic integrity" worth protecting? At some point in the cycle of compromise and advocate, isn't journalistic virtue a joke?