As desperation sets in at newspapers, some supporters have turned to begging for help. 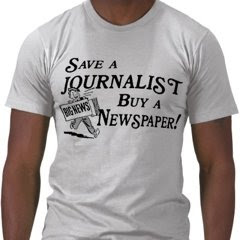 Can telethons be far behind?
.
Have you seen other examples? Email me of leave info in comments. Below is a photo of the Out-of-Town newsstand (credit: Essdras M Suarez/Boston Globe) 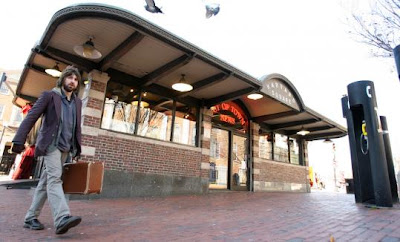 Posted in Alaska News, Top Stories
The owner of the Juneau Empire, the Homer News and the Penninsula Clarion is in financial trouble. The papers are all owned by Morris Publishing Group in Georgia. One analyst says there’s a greater than a 50% chance Morris will have to default on its debts.

Only a 50% chance qualifies as stalwart among it's peers, considering the number of zero price targets.

If we have to sell t-shirts to save our jobs, just get a new job. At this point it has to be considered over. Stop going to these idiot levels of income. Do good work, if your job is there fine. If not, like most of america go get a new job.