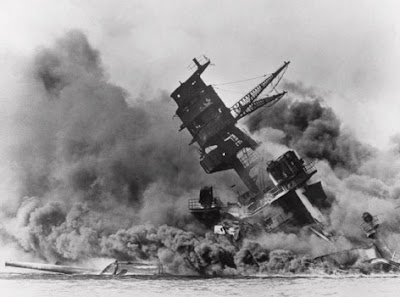 The photo shows the USS Arizona about to topple into the sea after the December 7, 1941 attack on Pearl Harbor.

I think it is difficult for young people to even know the truth about Pearl Harbor. History has been revised by Marxist professors and teachers until most students can’t recognize the truth concerning world events.

Sadly, it is the same with our 9/11history. It is alarming to consider that the accounts by a liberal media might be considered the permanent record of our country’s history.