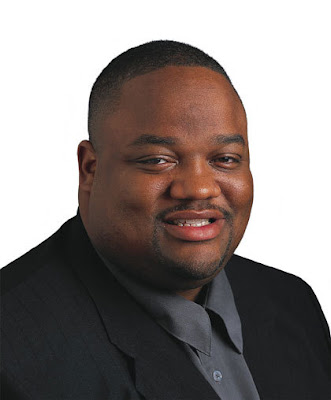 It started off as your basic sports column (12/8) regarding another Kansas City Chiefs' latest loss.

But, Kansas City Star columnist Jason Whitlock somehow swayed off into religion and Catholics (and many Christians) are offended and infuriated by his insensitive remarks---particularly on the Catholic Holy Day of the feast of the Immaculate Conception.

"We know that Whitlock will do and write anything to generate controversy," says a source, "but to go out of your way to insult and belittle Catholics on a Holy Day crosses the line even for him. It is an absolute disgrace that he would be able to get away with this. Did the Star fire all its editors?"

However, in two separate places he seemed to go out of his way to make fun of one of the most sacred tenets of the Catholic faith.

"There's a theory in football that the key to playing defense begins and ends with stopping the run," wrote Whitlock. "Pretty much no one questions the premise. It's sort of like questioning Mary's virginity. You mention the rumors you heard about her and Joseph at Noah's Party Cove bash, and you're likely to be escorted out of church by force."

One insult was not enough for Whitlock who concluded his column by noting:

"The Chiefs might need a savior after this season. Let's hope Noah throws another party and Mary and Joseph disappear for a few minutes again." "I absolutely could not believe what I was reading," noted a Catholic. "It was hurtful and had no place in a sports column."

Could someone remind me again why I'm supposed to feel bad when journalists get the pink slip?

All I can think of is someone told Fatback to knock off the racist shit. This guy is famous for always having some kind of hate or victimization angle to what he writes.

It's all good though. Mr Cheeseburger is a shoe in for an early grave. He can explain himself then.

Given the nepotism at the KC Red Star & Sickle, Jason Whitlock very well could be Rhonda Lokeman’s relative.
Yes, I see a strong resemblance. I see a wide resemblance, I see a smut-mouth resemblance. [Whispering] I see another resemblance, but you have to guess what it is.

It was funny. That's why he wrote it. You people, even the racist, need to lighten up a bit. Too bad this crappy blog isn't as good as the Gannett blog. If this blog is any indication of your work ...

3:12 is probably the jerk Donovan The KC Star Readers's Rep.

Yep, he had the same general comment the very same day someone called him a sales girl. (among other things) If he hadn't written about it no one would ever have known. He's a nice enough guy, but he isn't too sharp.

I think Anonymous 3:12 is Jason Whitlock. He forgot to tell us his garbage was funny. His religious slurs could be malice, but they could also just be ignorance. The lowbrow KC Scar remains true to its death wish.

Racism such as yours so often stems from some feeling of failure. Maybe you're not as smart as your co-workers and don't advance. Maybe you're a bad father -- as your father was a bad father to you. Maybe you can't find a wife, or your wife has left you, or you are trapped in a loveless marriage.

In your case -- and I am just judging from your handwriting here -- I think the racism stems from a deep sense of sexual inadequacy or frustration. But there is a relief at hand! (Pardon the joke. I don't mean to make fun of someone as pathetic as you.)

The Internet is not just a place where you can flaunt your intellect and rapier wit -- there is also a lot of pornography available, as you may or may not know. Pictures of naked people, I mean. You can just Google up something to your taste -- be it woman, man or animal -- and use that to get your dessicated juices flowing. Then, close your eyes and imagine placing your head on Sarah Palin's negligeed breast. She whispers to you: "Oh, Archer05, you can tell me your problems. You can cry. You can call me mommy."

How the heck you doing Rhonda? Glad you could stop by and show off your sophomoric style.

Rhonda, I hardly knew ya. It was the Gov. Palin snark that gave you away. I have your latest research information on deck. Be sure and check back.

Calling me a racist? What is that about crass people living in crass houses?
Excerpt:
“Sunday, April 8, 2007, our Kansas City Star ran a column by Ms. Rhonda Chriss Lokeman, a nationally syndicated BLACK columnist who writes for Creators Syndicate. Her column was titled "'Girl in the News' defies our expectations."

In that column she referred to one Shauntay L. Henderson, an FBI 10-most wanted dirtbag gang thugette, as a ["nappy-headed inmate." ][“Smiling like a jailhouse jackanapes” and “she looked like any other nappy-headed inmate.”]
http://buzzblog.kcstar.com/?q=node/439

I didn’t write that, you did. What was it you wrote about Don Imus?

PS: How’s Mark, or whoever he is today, doing during these tough times?

Kansas is just something to fly over. Nice wheat, though.

You write just like her. Childish and rambling. Hmmm, San Francisco?

You bigoted white people are funny.

This blog sucks. It's no wonder you couldn't make it as a journalist.

6:27 Not too smart. Star is in Missouri. Not Kansas

Oh, how embarrassing! I always get those two mixed up with Oklahoma!

That's a very enlightened view you have. If everyone who thought this blog sucked quit reading and commenting then this space would only be filled with people who are like thinkers ... kind of like Fox News.

This blog sucks because no one in the industry contributes to this blog because it sucks. See the Gannett Blog for how things are supposed to work. See, he remains compassionate for employees who work there and understands the economic decline. He doesn't act like a 3rd-grader and blame politics for the economic and audience decline the way the anonymous blogger does. I'll continue to come back here to see just how bad this blog is.