Call for Gary Pruitt to take a pay cut 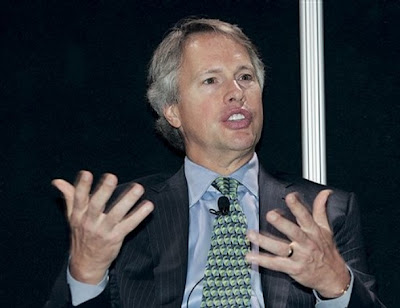 The Sacramento Bee Newspaper Guild has called on Gary Pruitt to cut his pay to $500,000 this year.

These are extraordinary times - in the economy, in our industry, and at McClatchy.

The company is in deep financial trouble. To pull through, it will take sacrifice by those who care about the company.

Newspaper Guild members and other employees are doing our part. In quick succession, our salaries and our pensions have been frozen. The company match has been eliminated from our 401K plans. We’ve gone through two rounds of buyouts. Our ranks are thinner. But, that is only the beginning. An unknown number of us will be sent out the door in the coming weeks, laid off during the worst economic climate in 80 years.

Those of us who remain will work harder, but we will work for less. The company has told the Guild we all will be furloughed this year, and beyond that, we will be asked to take additional voluntary pay cuts. If not, more of us may be terminated.

Yes, these are extraordinary times. We come to work each day dealing with a sense of personal uncertainty we have never before felt - sudden worries about making our mortgage payments, about setting a few dollars aside for childrens’ college education, about saving enough to someday buy a house of our own.

Forget, for now, about getting ahead; we’re just gutting it out, hoping to survive.

But, we care about this company. We care about its cause. We have sacrificed in hopes of helping the company weather the storm.

Today, we ask you to step forward and join us in a meaningful way. We ask you to work harder for less.

Your most recent publicly released annual compensation package is $4.6 million, of which $1.1 million is listed as base salary. We understand you recently relinquished one of your two pension accounts. We ask you to agree to reduce your full compensation this year to $500,000. You may have read recently that is the amount of executive pay the president of the United States has suggested he believes is appropriate in dire circumstances.

It would not be a symbolic move. We don’t want symbolism. It’s about dollars and cents at a moment when every dollar counts. A voluntary reduction on your part would save jobs. Simple as that.

Join us in sacrifice for the sake of the company,

Hey Gary, why don't you read all the postings on this blog to get a real feel of how your employees love their jobs. Why their begging now to be able to work for a leftist, marxist, liberal paper. It just plain thrills them.

So please Gary read our post so you'll be able to make the right decisions.

Les Weatherford,
Still a stockholder but no longer an employee.

Yah, in the grand scale of things - Gary having his normal cash or over a 100 people keeping there job - which would be better for the company and the economy?

Imagine if many companies followed this general rule - we would not even need a bail out or stimulus.

It has been awhile since I read about Pruitt looking like he just stepped out of a Ralph Lauren catalog, dapper little dandy that he is. Now come on everybody, we can’t have the Pru looking like yesterdays news. We have to pull together, and score one for the Jipper.

I think all upper management needs to do this. Any VP on up from any paper needs to take a 10% pay reduction. This would save jobs also. They have been getting MBOs and perks for years, where employees have not even kept up with inflation.

I just wonder if these are the same employees that bash and bash everything about McClatchy on this blog? Now they are begging for a job with this terrible company that they all of a sudden love.

Good Luck with that.

Welcome back to the fight!

Howard Weaver said this about Pruitt last September:
“He believes in the product — good journalism — as fervently as he does in his duty to please shareholders..”

Les Weatherford,
Still a stockholder but no longer an employee.
------
They didn't tie your pension to the stock did they Les?

Les you still have stock? Wow! Going down with the ship? Somebody throw him a rope.

Les, if I remember right is was one of those Scar employees.

Some might have lost their jobs already, some are about too. No matter which way you go, if Pruitt and upper management would take some cuts in salaries themselves we wouldn't be in this situation.

The CA papers are dead, dead, and dead. No body wants what their selling.

Middle and upper newsroom management should feel the pain too when it comes to job cuts. With fewer Indians there needs to be fewer chiefs. Let's cut where the fat is the thickest.

I understand that this blog is by a reporter and focuses more on the newsrooms of the various papers, but please remember all those in the advertising divisions who were the first to suffer pay cuts several years ago, which continued year after year. Working for base pay is one of the reasons many of us took the buyout.

Okay, I'll fight for the free-speech rights of you conservatives who revel in bashing jouralists as "Marxists." But -- for God's sake -- please learn the difference between their, there, and they're.

How much does Pruitt try to influence the editorial policies of the various papers? How involved is he with the day to day operations of each of the properties?

“How much does Pruitt try to influence the editorial policies of the various papers?”

A dead fish rots from the head down.

‘please learn the difference between their, there, and they're”

How is it that you can make note of something small, when even in error the meaning was clear, but miss extreme liberal bias in MSM reporting all these years. Some major Mr. Magoo-ism going on?

But -- for God's sake -- please learn the difference between their, there, and they're.
-----
I would agree, but for one thing. The main offender of this crime is one of your own.

But -- for God's sake -- please learn the difference between their, there, and they're.

With everything going on you think that this is important? Well, your, you’re, you are a f#*king idiot!!!! I’m sick of you educated morons trying to set people straight on what you think is right. It’s bad enough that I have to listen to you self centered uppity assholes at work, now I have to hear you giving out grammar lessons when I’m trying to find out how many people we are going to lose. Screw you!

5:56... I think you pretty well demonstrated communication at its best. You might have misplaced a comma or misspelled a word or even dangled a participle but your meaning is clear and your pain is obvious. Thanks.

And now, for the inspiration of employees at Sacramento and elsewhere:
http://www.youtube.com/watch?v=TA125tBP7q8&NR=

If Pruitt and other over-paid CEOs don't start drastically cutting their own salaries before laying off American workers, they had better start hiring body guards.

Seriously, how long do they think employees are going to let themselves be raped before they take revenge.

When is Gary Pruitt going to resign or the board ask him to resign? The purchase of Knight Ridder killed McClatchy. If you were working for McClatchy during that time you felt that Knight Ridder took over McClatchy. Our emails changed, we assumed a lot of bad deals and technology. I recall the bad contract with Careerbuilder cost McClatchy millions of dollars in lost ad revenue - DUMB! The McClatchy Family seems to be under a trance with his blonde hair, blue eyes and angelina jolie big lips.