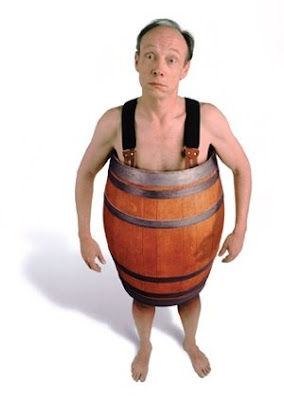 Fitz and Jen continue to deliver some of the finest news about McClatchy's financial condition. Wednesday, Fitz and Jen noted the latest Morningstar report warns that MNI shareholders could lose the entire value of their investment.

“Since its poorly timed acquisition of Knight Ridder in 2006, McClatchy has struggled under the multiple weights of declining revenues, high debt, outsized exposure to troubled housing markets, and the continuing shift of readers and advertisers from print to online,” writes Morningstar analyst Tom Corbett in a report released Wednesday. “Given the persistence and severity of these conditions, we think equity shareholders are at risk of losing the entire value of their investment.”

Morningstar for months has had a “fair value estimate” of zero for shares of MNI. “We think the combination of McClatchy’s exposure to the decline in print ad revenue, high fixed costs, and substantial debt burden is such that the firm will eventually have to be managed to satisfy its obligations to its creditors at the expense of its equityholders,” the report says.

According to the Morningstar analysis, McClatchy’s EBITDA in Q1 covered its interest expense just 0.7 times. “During 12 months ended March 2009, its debt was nearly 7 times EBITDA,” it adds. Despite its existing debt, McClatchy drew down an additional $14 million from its revolver in Q1, “reflecting its paucity of cash amid declining revenue,” Morningstar says.

McClatchy dropped 18 percent on the day, closing at 58 cents a share. The Morningstar report was released several hours into the trading day; will be interesting to see if there is a falloff Thursday morning as the news of the report spreads.

This is old news, Morningstar has had the long term value at zero for a while now.

All the MNI huffing and puffing, and our troll's blowing and teabagging, can't change the chapter 11 truth about MNI.

Stick a fork in MNI, they are done.

Who has got a shirt left to lose?

I thought I was taking a beating when I got out at 14 and I'm one of the lucky ones. I kept 5 shares just for giggles and you should see what an impressive E*Trade statement they make!

...Looks like the McClatchy Maru is " Sinking by the head ". That smoke they smell on the bridge comes from a fire in the paint locker.
..This ain't good...this ain't pretty...but if you've come to detest those lefty lames that work on the garbage scow known as the S.S.McClatchy, this is...Pretty Good.