A few days ago I told you The Sacramento Bee was asking readers to report neighbors who waste water. The Bee invited readers to take pictures of "improper watering," write down the address, and send the pictures in to the Bee. They call it a "community reporting project" -- a phrase right out of Castro's Cuba.

Some snitches dutifully rose to the occasion and uploaded photos of their neighbors who are guilty of watering infractions. Photos have been posted here.

Some samples: The photo below was posted by "glarph612" with this info: "Watering both sides of street. Asked city worker why they could do that. He did not know, he was checking garbage." 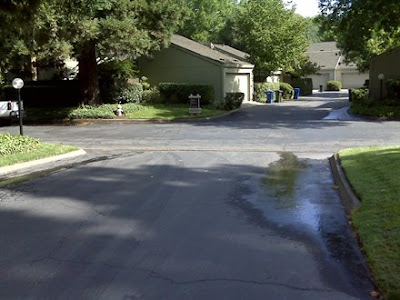 The photo below was also posted by "glarph812" with this caption: "I have been calling the city about Sac State's watering for over a month, nothing seems to work.. their address is even, and they should only water Wed, Fri, and Sun. I guess they are above the law!" 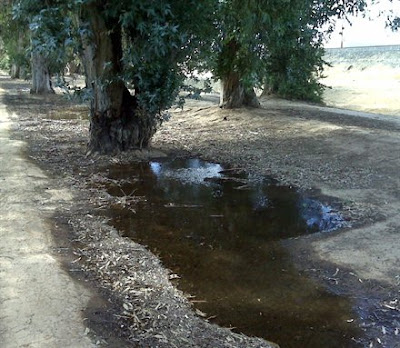 The photo below was posted by super-snitch "glarph812" with this caption: "Even address should not be watered on Thu." 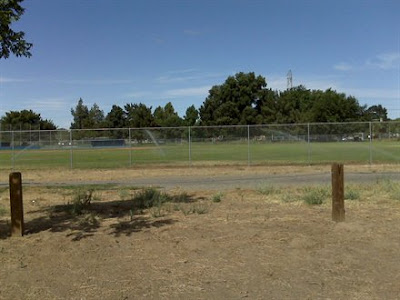 Great stuff there, Bee. Way to tackle the serious issues. The one-party government in Washington is on the verge of up-ending our health care system and the Bee says "Look over there, an even-numbered address is watering on Tuesday!"
.
.
.

Yes, because water in the West is not an issue at all.

Well, water is a big issue in the west, and the Sacto Bee's little exercise in getting the community's involvement is apparently keeping some old folks with nothing better to do than reporting water wasters off their duffs. BUT I wonder how much gas they are using and contributing to the pollution of our planet. So the circle of reasoning goes like this. We need to water more to off set the larger carbon foot print these old farts are creating by driving around town in their pre OBDII gas guzzling tanks looking for water wasters. Sacto Bee should be charged carbon credits for this ill thought out plan!

Oh, lay off the Bee. Rather than upset their DNC masters, they, like Dan Rather and Time Magazine, are trying to stay relevant by calling our attention to (distract us from) the most important issues if or time!

Presidents, like normal people, tend to seek in others what they admire about themselves. Which brings us to the par-5 12th hole at Woodlawn golf course in Fort Belvoir, Va., on Father's Day. Vice President Joe Biden, an 8 handicap, has leaked a 3-wood into the trees near the green. He stands amid the underbrush, talking with his match-play teammate, the President of the United States.

Take a drop or risk the trees? A few inches off either way, and the ball will ricochet into the forest. The stakes aren't high: Barack Obama, who has golfed almost every weekend since it got hot in Washington, plays a dollar a hole. But these leaders have more than money on the line. They are facing down their aides, men a fraction of their age. And no one wants to lose.

Squealing on your neighbors is Facism at its finest. Obama is proud of the Bee.

I want REAL answers to REAL questions like why do they use real lemon in dish detergent but use artificial lemon in lemon aid? McClatchy surely could find that out for me couldn't they?

Nice site here. Crying foul because someone is wasting a precious resource and being called out on it for breaking the rules of conscientious conservation.

You people need to get a life! Damn.

If you can get your thumb out of your mouth and put your blankie down for a minute you might realize that what the Bee is doing is exactly the kind of public service newspapers are needed for. Exposing someone for wasting water during a drought is a lot different than turning in your neighbor to the Gestapo because they said something you didn't like, which is where we were headed under Bush/Cheney.

When even a leftist can't see a potential problem with encouraging neighbors to report on neighbors, we are in real trouble.

It is a Soviet Union style of citizen control. I guess as long as the lefties get to be in charge of the Gulag everything is just fine. Ten million dead because of thinking like this in the last 75 years.

You have way more to fear from an over reaching all powerful government than you do from your neighbor.

There are many ways the average citizen can help save the environment. Do not use aerosol cans, do not throw away recyclable materials, and compost food scraps just to name a few.

It is easy to discover whether your neighbor is helping the environment or not by checking his garbage can. We suggest you wait until well after dark to avoid confrontations and then, using biodegradable gloves, slip on over and search through your neighbors garbage cans.

You can report these findings to the proper authorities via e-mail at bigbrother@whitehouse.gov.