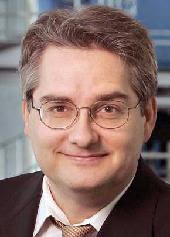 It's hard out there for a McClatchy publisher, according to Kansas City Star publisher Mark Zieman.

As publisher, I am approached as people would greet a dying man, with eyes downcast and in hushed tones.

But in a piece published in Sunday's Kansas City Star, Zieman trumpets how Profitable and Important his newspaper is -- even though people are embarrassed for him and assume his newspaper is near death.

One million local readers a week look at the KC Star's print edition, Zieman boasts. Even more read the KC Star online -- in fact, Zieman claims the KC Star's web site is the biggest in the region. Four million hits to the Star's web site in October. (Zieman didn't mention if the web site is making money, though... I wonder why Zieman left that out.)
.
But if you've heard things have been a little tough for the KC Star, it's just because of the economic downturn, you see.
.
But before you swoon at the grandiose claims about the KC Star, how about a dose of reality. In fact, let's look at a few Leading Indicators.


So the actual facts are different from Zieman's glowing report about one million readers of the print edition and four million hits on the web site in October.
.
Who you going to believe, a deluded publisher? Or the Leading Indicators?
.
.
on Sunday, November 30, 2008

I wish it was on him!

This guy is high as a kite.

Dear Mr. Publisher, You dropped sections today and then YOU take a half a page to tell use how great you and your paper is "your star still shines".

As a reader I would like to respond to you.....SHUT UP YOUR PAPER SUCKS and no amount of you patting yourself on your back will change this fact. I can't stand it anymore I am cancelling my subscriptions and the other 4 that I give my family each Christmas.

Do you really think people are going to buy your paper because they feel sorry for you! They don't want to tell you to your face, YOUR PAPER SUCKS.

Judging from the comments to his editorial, I am thinking it didn't work the way he planned.

...and I thought Dallas had problems!

I just read Zieman's column on the front page of the Sunday Edition.

This just shows if you have the power of the press you can say anything. There are so many things i would like to take issues with but one word that was never mention INDIA. Zieman talks about "loyalty" and to earn our trust. Does this mean INDIA? He wants our suggestions. How about bringing our jobs back from INDIA. With 1 million local readers. Does this local include INDIA? Top 5 papers in market penetration the country? What Country? Does this include INDIA?
The best of all. "Only our well-trained staff". You mean INDIA?

"SO ON BEHALF OF ALL OUR EMPLOYEES,THANK YOU FOR STICKINGS WITH US FOR 128 YEARS".

So I say to you Mr. Zieman publisher of The Kansas City Star. You didn't stick with us you sent our jobs to INDIA. You forgot to mention that in your article.

uh, don't forget the Philippines. Got to call them if someone screws up in India!

This seems to be a template that management is using. Similar writings from David Zeeck, chief apologist for the McClatchy Tacoma, Washington paper.

Anonymous 8:31 -- thanks for the heads up about the News Tribune... I wonder if other McClatchy papers are doing this stuff, too.

It's has now been more than 2 hours since reading Zieman's column. I am still throwing up!!!

Your correct 7:28 I did forget the Phillippines. Thank You.

Mr. Zieman, you also forgot to mention the PHILLIPPINES. How easily you forget who does your paper. I know, you don't want your readers to know.

Hopefully Bottomline will have something to say about this tomorrow. Maybe that way the public will know the real truth. How your paper really shines.

A friend advises me that some online papers use their web site as a staff log-on page. Requiring staff to log on and off during the day could result in thousands of hits. Also, persons making the KC Star their home page also could means hits that may not include reading articles, or more importantly looking at ads. How long a reader stays on a site is a very important statistic.

I was also told about a sports poll, and a contest that had several thousand hits each. Readers were not limited to one entry or vote. Free football tickets resulting in thousands of hits, political polls and contests counting as hits? Cleaver that! My main question would be, honestly, how many people actually wanted free Kansas City Chiefs’ football tickets?

10:16 They also use it for blogging. They have many many many blogging sites. That's where their also getting most of their hits. Believe me it's not from news.

McClatchy Watch..All I want for Christmas is NEVER to see Zieman's picture on this web site again.

So this means that half of all the entire metro area reads your paper. Stretching the truth a little Mr. Zieman?

If these folks had used this kind of slopy information in a stock prospectus to sell their stock, they would be talking to the SEC tomorrow and some corrections officers next year.

Zieman’s arrogance that the KC Star is , “still solidly profitable”, complements his ignorance that the big pot known as McClatchy corporate is upside-down in value.

Once upon a time, there was another tribute to a Star, in Minneapolis, that made such boasts.

And we know how that story turned out.

Our business model is sound.

People will always need lantern oil. Especially during the long nights of winter.

Maybe their business model is sound and we are not bright enough to understand it. For example, if you have all of your content produced for free by Howard Dean and David Axelrod and then outsource the rest, well....

Hey.Can someone else check out the link to the article. It looks like the comments section has gone away.

I think it is still there but I could not get to the end because of so many pages of comments. I guess The Star is still Shining but with a lot of hate. Ha. What a jerk he is.

Can you even imagine that he took a place on the front page on a Sunday paper when they dicontinued so many sections. He's an Idiot.

Please bottomline do a column on this.

I am a former Star staffer and will never forget the comments that Mark Zieman made last year when he was named publisher. He actually said_ and I'm not kidding here_ that there has never been a more exciting time to work at The Kansas City Star. And remember, this was 2007, not 1907.
Well, I guess it is an exciting time to work at The Star if you like the following:
1) laying off more than 200 employees with thousands of hours of experience. (I believe that 1977 was the last time mass layoffs were done at The Star)
2) outsourcing advertising jobs to India and forcing those who held the positions to train the new foreign workers or else lose their severance pay.
3) freezing wages across the board.
4)overseeing what is left of a newsroom where the reporter to editor ratio is about 3-1 and where morale is lower than an ant's belly.
5) Seeing circulation and ad revenues fall harder each month.
6)be forced to lease part of that spankin' new production facility
7) be forced to eliminate some sections and trim others.
8) Further destroy employee morale by telling them to do more with less and then writing garbage like the one that was on yesterday's front page.

Mark Zieman is an arrogant jerk and he epitomizes what is wrong with journalism. He is the captain of a sinking ship. Knowing him, he'll probably jump off before it goes under.

8:12 I hope everyone pays attention to his #2. Outsourcing the jobs to India but forcing the ones who held those positions to train them or else lose their severance pay.

Does anything else need to be said to show you what type of person he is?

I meant to add this to my previous posting but forgot. Zieman will jump off the sinking ship ONTO THE LAST REMAINING LIFEBOAT before it goes underwater JUST LIKE HIS PAL BRISBANE DID.

The "Falling Star" along with all McClatchy newspapers are in trouble because the parent company is so weak. The Star may turn a profit but if the other 30 newspapers aren't it really doesn't make any difference. If you are selling assets then you are either preparing for bankruptcy or trying to solve cashflow issues. Zieman is delusional!

As the KC Star continues to cut pages/sections readers will dwindle. There will be more employees cut after the first of the year and every few months after that.

McClatchy's stock will probably take a big hit at the end of the year when hedge funds are dump.