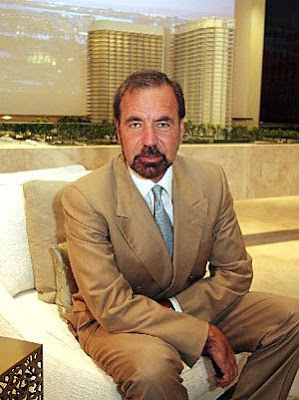 ... Miami real estate developer Jorge Perez confirmed Monday that he and Florida sugar magnate Alfonso Fanjul held talks with executives from the McClatchy Co. and The Miami Herald Media Co. about a possible sale of the Miami paper.

''Nothing has materialized,'' said Perez, chairman of Related Group in Miami. Perez said he met a couple times with newspaper executives about a month ago but hasn't talked since.

''It didn't proceed any further than that, at least on my side,'' Perez said. Fanjul, CEO of West Palm Beach-based Florida Crystals, couldn't be reached immediately for comment.

It isn't clear whether McClatchy -- whose stock has slid 80 percent this year -- has met with other potential buyers.

''It's absolutely not our policy to comment on any market discussions of any acquisitions or dispositions,'' said Elaine Lintecum, treasurer of Sacramento, Calif.-based McClatchy, which owns 28 other daily newspapers in addition to The Herald and El Nuevo Herald.

Would a South Florida developer have a special interest in property owned by the Miami Herald? Absolutely.
.
Hat tip: The Daily Pulp, photo credit: Condo Domain
.
.
on Wednesday, December 10, 2008

Why am I not surprised to find the Fanjuls involved in this? Having just peddled off some of their sugarcane properties, I bet they now have eyes on political careers themselves. Since one of the brothers is a Democrat, and the other a Republican, they can go either way. And they have the money to finance anything they want. Rather than buying politicians, they can start making them themselves.

Who knows what is really going on here.

Are Perez and the Fanjuls going through the motions to get their names in the media? Are they scheming to drive the price of the Herald up for some unknown reason? Are they eyeing the Herald's property for development? Are they serious about running a newspaper?

We don't know any of the answers yet.